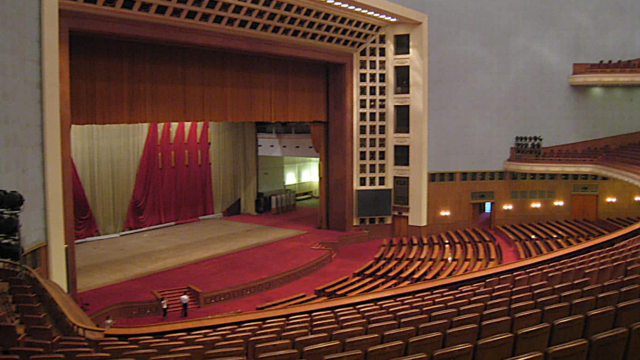 New York—In advance of China’s two major annual political meetings beginning May 22 in Beijing, security forces in the city have detained at least 40 Falun Gong practitioners and harassed many more, according to reports from inside China.  The crackdown comes amid a nationwide uptick in persecution against Falun Gong this year, with nearly 1,300 cases of detention reported from January to April.

“As usual, Chinese security forces are using any excuse to crackdown on victims of Chinese Communist Party persecution, including ordinary citizens who practice Falun Gong,” says Levi Browde, executive director for the Falun Dafa Information Center. “In many of the recently reported cases, police proactively came to the homes of people known to practice Falun Gong, illegally searched their house, harassed their family, and in dozens of cases, took them away. From past experience, we know at least some of them are at risk of being sent to prison for years, although they did nothing wrong. That is the long-term impact of Beijing’s meetings.”

Throughout the month of April, at least 43 Falun Gong practitioners in Beijing were detained, according to accounts collected by the Minghui.org website from a network of contacts inside China. In particular, police harassment appeared to intensify towards the end of April as authorities were preparing to announce that the annual “two meetings”—of the National People’s Congress and Chinese People’s Political Consultative Conference—would begin May 22, having been postponed in March due to the coronavirus outbreak.

On several occasions, police explicitly told the Falun Gong practitioners being targeted for illegal harassment, detention, or searches—often in their own homes—that they were taking these measures because of the upcoming political meetings. This trend appeared to also extend far beyond Beijing with similar remarks from police reported in Shandong, Gansu, Hunan, and Hubei provinces.

“Two and a half weeks ago, police in Hubei province visited my mother,” Mr. Xiao Jin, now living in the United States, told the Falun Dafa Information Center. “They told her not to come out during this period. She is on the local police’s blacklist because of her practice and they often visit her at home around sensitive dates.”

In several reported cases from Beijing, multiple people in the same family were detained. For example, in Beijing’s Tongzhou district on April 21, officers from the local police station and 610 Office (an extra-legal security agency that has led the campaign against Falun Gong) arrived at the home of Ms. Wang Yuling. They pried open her window, ransacked the house, and confiscated books and printed materials related to Falun Gong, as well as a printer and computer. Ms. Wang and her daughter were promptly taken into custody and could face long-term detention.

In another case on the outskirts of Beijing, police in Shunyi district broke into the home of Mr. Yang Yuliang on April 27, searched it, confiscated Falun Gong books and photos of Falun Gong’s founder. They then took Mr. Yang and his 24-year-old daughter Yang Dandan into custody for three days of interrogation. Their detention occurred as they were freshly mourning the death of Mr. Yang’s wife Gao Yan, who passed away on April 22 at the age of 49. Ms. Gao had herself been repeatedly jailed and tortured for practicing Falun Gong and never fully recovered from abuse suffered before her release from a labor camp in 2013.

The pre-meeting crackdown in Beijing comes amidst a broader rise in the number of reported cases of harassment and detention since January. In April, a total of 670 cases of police harassment of Falun Gong practitioners throughout China were recorded, and 508 detentions (among which 288 have been released). This represents a four-fold increase compared to January. Based on case data collected in previous months (January, February, March), the total number of Falun Gong practitioners in China detained from January to April 2020 is 1,299. Nearly half of these individuals are believed to still be in custody at the time of writing.

“Even amid a global pandemic, the Chinese Communist regime is not slowing its campaign to wipe out Falun Gong, with heart-breaking repercussions for the families affected,” says Browde. “On the contrary, it appears to have accelerated its efforts in recent months.”