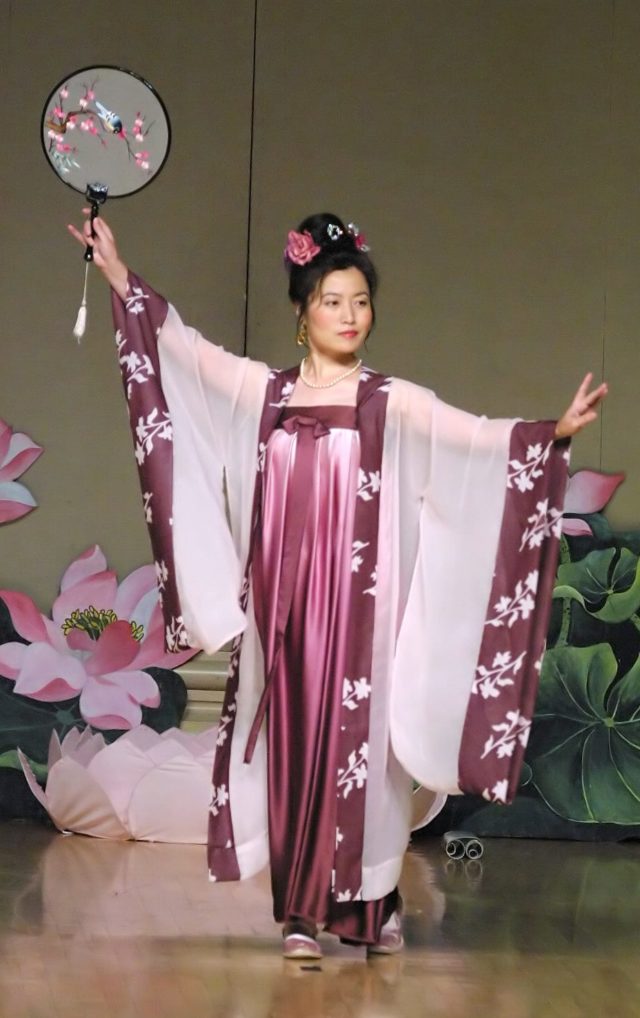 Perhaps the most unlikely, and hopeful, of developments during the years of suppression in China has been a dynamic, creative cultural exploration on the part of Falun Gong everywhere.

With progress in their practice, many students of Falun Gong have found themselves smitten with traditional Chinese culture. Many describe a newfound sense of appreciation, and at times, downright fascination, with the cultural heritage out of which Falun Gong was born.

That cultural heritage, notably, harkens back to an era before communist rule. And, as many see it, to a heritage that is irreconcilably different from that of Chinese Marxist-Leninist thought.

Whereas the legacy of premodern Chinese thought celebrated a harmonious alignment of self with nature, the cultivation of virtue, the embrace of calm and quiescence, and a piety towards “heaven,” communist rule in China has extolled the likes of “class struggle,” atheism, “fighting against nature,” and the displacement or outright destruction of traditional thought and culture. (Indeed, some scholars hold that Falun Gong by dint of its very Chineseness was perceived as an ideological threat to China’s Marxist rulers.)

Thus in recent years many of the Falun Gong have been exploring their cultural roots, often to colorful effect.

One of the first such expressions was the inclusion of colorful Tang dynasty era costumes in what would otherwise be avowedly human rights marches. The idea originally was to give people a chance to see another side of Falun Gong, i.e., its cultural and personal side.

Soon, such displays evolved into more serious and wide-ranging cultural excursions. Several practitioners began to compose traditional song and music, which likewise was soon performed at various public settings. Others took up the pen, composing classical Chinese verse; still others made use of the brush, creating vast landscapes of color and canvas.

The latter—the creation of works of art—represents one of the more sustained and serious of such pursuits. In 2004 enough Falun Gong artists had channeled their creative interests as to form a full exhibition consisting of dozens of paintings and sculptures. The exhibit has traveled to over 20 countries and and continues to be viewed by untold thousands.

The contents of the exhibit mirror closely, as do the other Falun Gong arts, the two very different orientations the adherents balance. One is the inner spiritual life of Falun Gong; the other is outward action in the world meant to end suffering and injustice in China. Paintings thus portray with equal attention meditating in quiet repose and the unfurling of protest banners on Tiananmen Square.

Dance represents a second, and every bit as serious, endeavor. Several performing arts centers were founded over the past half decade or so by adherents, grooming a new generation of would-be artists in a traditional form of Chinese dance that is self-consciously kept “free of communist culture.”

Those involved in these and other creative pursuits share often that it is part of their practice, that the two are integrated, and seamlessly so. There is a productive complementarity, even, one in which the purity and equanimity of an inner self well-tended finds outward expression in an unusual caliber of beauty. The Falun Gong artist aspires to both purity and depth.

Many volunteer that their art is much less an experiment or matter of self-expression than a disciplined form of communication; much of the effort is motivated by a wish to share with the viewer or listener that sense of inner beauty the practitioner has come to enjoy. Or, to animate otherwise abstract numbers and claims as pertain to persecution in China. It might be thought of as “altruistic art.”

Other forms of cultural renewal can readily be found among the Falun Gong everywhere as well, including, for example, the creation of after-school programs that focus on the study of Chinese culture, Falun Gong, and moral upbringing, called usually “Minghui Schools.” Falun Gong websites likewise publish abundant articles extolling traditional Chinese virtues as depicted in classical tales and philosophical treatises.

In China the more public form of expressions are regrettably forbidden at present. There cultural renewal takes a different form, namely, that of cultural break. In recent years many of China’s Falun Gong have actively encouraged each other and those around them in their communities to reconsider the entire project of Chinese communism, and to try—or dare—to imagine what Chinese society might look like in the absence of the yoke of communism.

Many have written that absent such a change, the real source and strength of Chinese identity—that wellspring of stories and values that is traditional Chinese culture—will forever remain buried, dormant, and injured. Or worse yet, a tool thus appropriated in the machinery of the repressive Party-state.

To this end, a wide range of China’s Falun Gong have actively disseminated a publication entitled Nine Commentaries on the Chinese Communist Party (Jiu Ping Gongchandang) in recent years. The results thus far have been nothing short of astounding: the disavowal of any allegiance with Party organizations by some 220 million persons.